Songs And Prayers Of The Abyss: For Mezzo-Soprano, Brass Quintet, And Nine Percussionists.

Songs and Prayers of the Abyss

Songs And Prayers Of The Abyss is based on four poems written (in Greek) by the composer in Thessaloniki, Greece, between 1994 and 1996. The composer writes: "It took me some time to realize that these poems belonged together thematically."

The main figure of the work is a woman who is seeking knowledge of the sacred. These poems of meditation represent the phases of her apocalyptic journey. Each song expresses her confidence in the knowledge she already holds: the knowledge of truth and beauty. However, each "song" is followed by an "abyss" that challenges her beliefs and shakes her confidence. With each confrontation her horror grows.

While the Songs are based on the text of the poems, the Abyss sections make use of a particular language taken from the Greek Orthodox Liturgy called teretisms. These meaningless syllables such as "terere," "tereri," and "tereru" date back to the 4th century B.C. and were presumably used to imitate instruments. In this case, the composer uses them to "reinforce the magic of invocation."

(Dan Moore, from the program notes of the premiere).


SONGS AND PRAYERS OF THE ABYSS ON AMAZON

SONGS AND PRAYERS OF THE ABYSS ON AMAZON 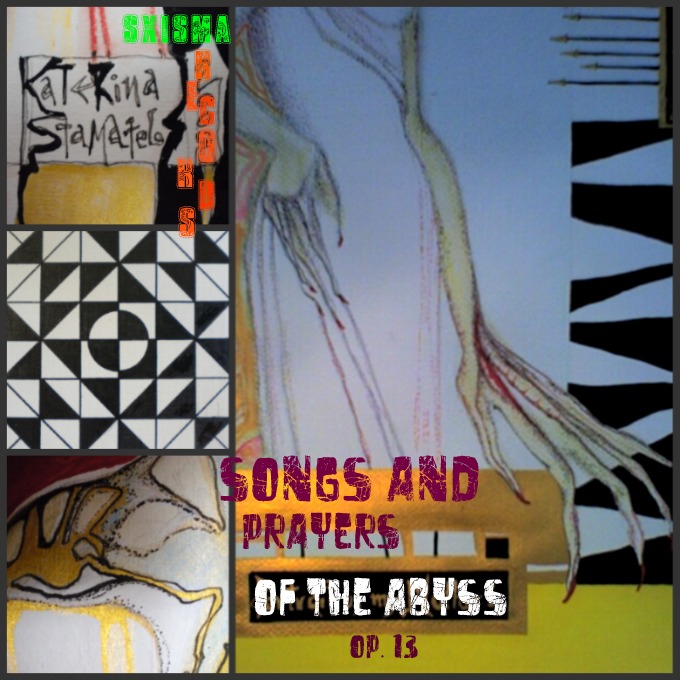