THAWST IV: for Marimba and Violin 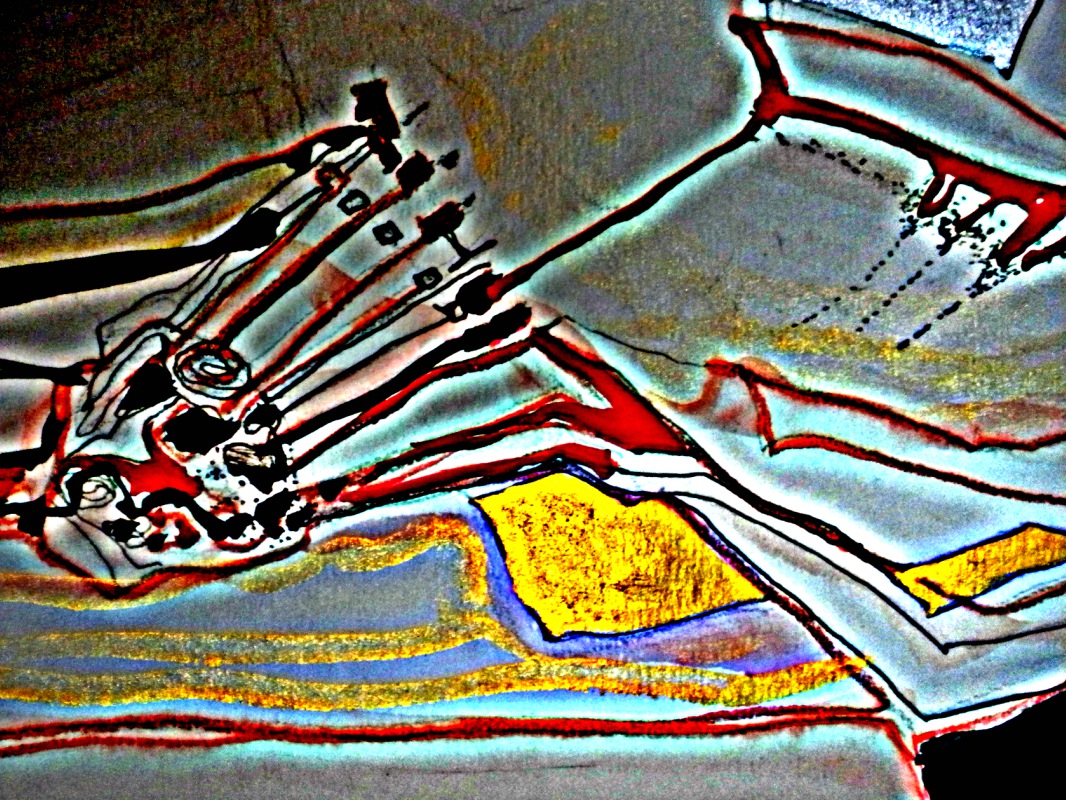 Performers: members of the "Omorfia" Ensemble.

THAWST IV belongs to a series of compositions for small chamber ensembles under the generic title THAWST .

This present work is set for marimba-violin duo.

The title is derived from TH (=threads) + A (=Alpha) +W (=Omega, W being the closest equivalent of the Greek letter Omega) +ST (=strings). Or, simply put, "Threads and Strings across a AW axis".

My fascination with the String Theory in Physics and my vivid imagination are the tools here: "AW" (Alpha-Omega) deals as an imaginary "black hole" in space, where all matter is sucked and maybe re-spitted out again.

In every composition of the series, and facing the challenge of diverse instrumentation, I try to create a new/imaginary situation of cosmic turbulence.

Added to that, the tonal system used here is that of the Ancient Greek tetrachords, as delivered to us by the Pythagorean theories.

My music is often quite difficult for musicians to perform: therefore, I have decided to introduce my Sibelius recordings created on my computer! In fact, I love this recording as Sibelius 6 is now using a very rich selection of the Garritan Personal Orchestra instruments-GPO being the most sophisticated software for creating orchestral sounds!

Mixing and editing have been realized through the GarageBand software.

1) to have listeners interested in my music enjoy the ideal speed I had in mind when composing this particular work.

2) to facilitate interested musicians make an informed decision about whether to buy the score or not.

Finally, and despite the fact that these files may not sound as realistic, I like them. Simply because I face no "difficulty limitations" during the process of creation.

I also believe that there are a lot of performers out there who would love the challenge: I know that, as I am one of them!

In the recording provided below (as uploaded on SoundCloud) I have used a version for two pianos:  I found out that the sound of piano makes a unique contribution to different instrumentations.